What a stunning trip! Thanks Dad for making this happen.
I spent 8 days in Iceland exploring Reykjavik and then skiing in the Westfjords region in the northwest of the country. The scenery is amazing, city is cool, people are generous and welcoming, and the skiing was great.
Day 1 we arrived and took the flybus to the hotel. Dad had arranged for pool access, which reset my expectations of how travel needs to be in the future. Screw airports showers. Post-flight pools are where it’s at. We spent the rest of the day wandering around Reykjavik, fending off jet lag, and eating our way through the city. The architecture is a cool mix of modern and classic and we were able to visit art and history museums. I didn’t know much about the history of Iceland before showing up. I can’t claim that I do now, but I learned two fascinating things: 1) the country had the first national parliament in Europe, in 930AD, and 2) the country used to be heavily forested. Overuse of the tree resources allowed soil erosion and too much cattle grazing ate whatever saplings were left. This is the major reason the coasts of Iceland are as barren as they are today.
We spent the next day driving the Golden Circle route out of Reykjavik. Renting a car and driving was super easy. Winds had picked up, but that didn’t stop our enjoyment of the traditional sights – Thingvellir national park (including where the first national assembly was, and good examples of the fissures forming between the North American and Eurasian plates), Geysir (with geysirs), and the Gullfoss waterfall. All were stunning.
Day 3 found us traveling to Ísafjörður to begin the ski portion of the trip, minus a good portion of our luggage. So, we explored the town and surrounding areas. A highlight was the local natural history museum, formed when a polar bear came to town, was killed by some fishermen. To avoid any taxes they donated the animal to the city and a museum was formed.
Long days let us get a decent ski tour in after all our gear arrived, so we hopped on the boat and traversed toward the lodge. Our lodge was on the Hornstrandir peninsula, a nature preserve on the northernmost portion of Iceland.
A storm rolled in that night and pounded us silly for the next day. Boating was out. Skiing was out. Reading and hanging out were in.
The storm died down as predicted and we found ourselves able to find some sun on day 5. The touring was most excellent but the rain soaked snow was absolutely terrible skiing. Day 6 led us to a different aspect in search of sun, and we found substantially better snow. I was so relieved, since a week of terrible skiing didn’t sound like fun.
This terrain feels huge. Most of the surrounding ridges and peaks top out at about 700 – 750m above sea level, but it felt like being in the upper alpine in Washington. The lack of trees and seemingly endless bowl and ridge systems gave the place a huge adventure appeal. That, and that there were maybe 20 ski tourers in the entire area, led to an incredibly remote feeling. This alone would have made the trip worth it.
Day 7 was some more skiing and excellent touring, but Saturday, Day 8, was where it was at. The sun truly came out. The temps got down near freezing at night. We found some excellent corn snow to go ski. More smooth, untouched bowls in the sun. I was in heaven and not ready to come home. All things come to an end and we began our travel back to Reykjavik for one more night of partying. The next day I flew home with no drama.
This was an outstanding trip. Thanks again Dad, for making it happen.
Read More 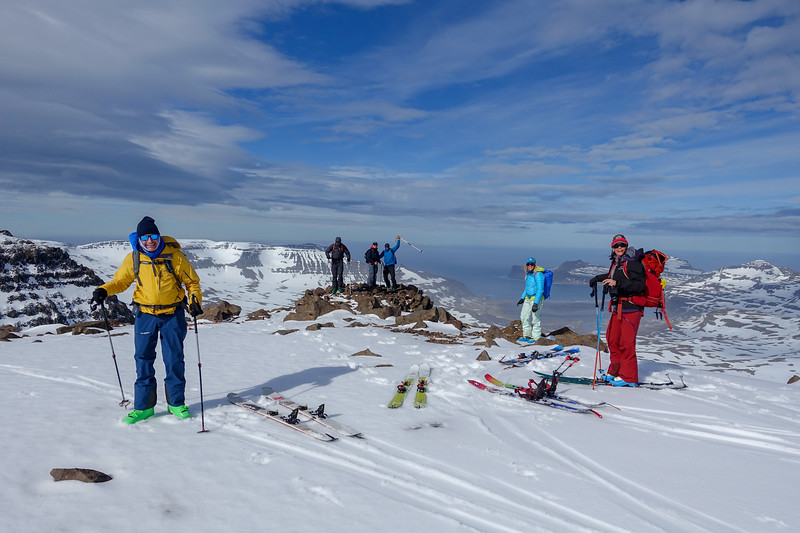 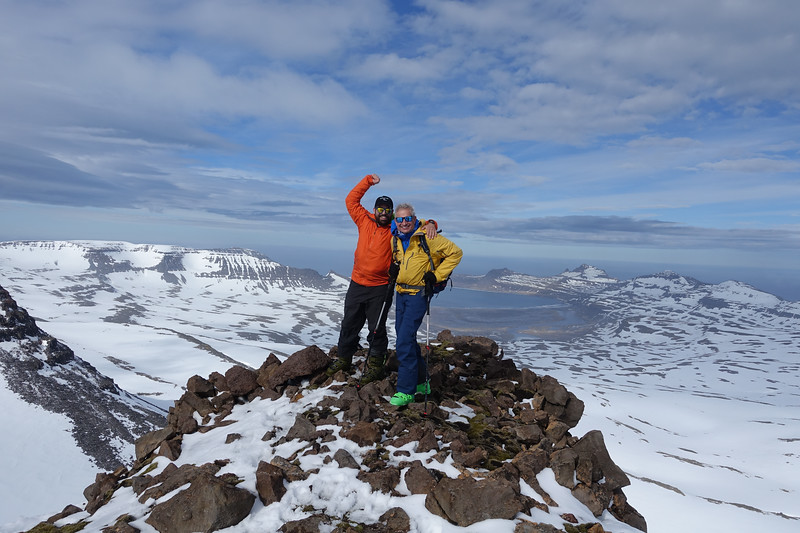